For the last seven years, Dr. J had been a staff pediatrician at Cornerstone Health Center in Newburgh.  During that time, she also served on the attending staff at Montefiore St. Luke's Cornwall and taught students as a clinical preceptor for Touro College of Medicine.

She is a diplomate of the American Board of Obesity Medicine and received an Obesity Prevention in Pediatrics Award in 2015 from the NYS Department of Health.  Like all the clinical staff at Bambini, she has a budding interest in the functional and integrative care of children.

From 2012 through early 2015, she worked in Mt. Kisco with Dr. Daniel Cameron, an internist with a special interest in tick-borne illness and president of the International Lyme and Associated Diseases Society (ILADS). She also spent several years working as a staff nurse in the ICU / PCU at Hudson Valley Hospital Center and as a nurse practitioner East Coast Pain Management. She has experience with both trigger point injections and Botox for migraine.

She has been a member of both ILADS and the American Association of Critical Care Nurses. She has clinical interests in the areas of PANDAS/PANS, Lyme disease, holistic management of ADHD, and adolescent health.

During much of 2017, Jen spearheaded Bambini's efforts at certification as a Level-3 Patient Centered Medical Home (a recognition that was granted to us by NCQA in January 2018).  She is a member of our management team.

Formerly, she volunteered her time as treasurer for an organization called Friends of Kel, which aided cancer patients with uncovered medical expenses. She helped found the organization in honor of her best friend, Kelly Giancotti, who died from a brain tumor at the age of 22.  Jen and her husband live in Hopewell Junction with two very active little boys, one very frisky Labrador retriever, and four suburban chickens.

He then spent two years as a pediatric hospitalist at the University of Florida- Jacksonville – caring for some very sick children.  For the last eight years, Dr. Miller has been on the pediatric staff at Orange Regional Medical Center and a large medical practice in the Middletown area.  He also served as chair of pediatrics at Catskill Regional Medical Center.

Dr. Miller is board-certified in both pediatrics and pediatric infectious diseases. He is fluent in Spanish.  He has three children, ages 26, 15 and 9.  Hobbies outside the office include sports, exercise, cooking, gardening, and travelling.

He has a special interest in PANDAS and pediatric tick-borne illnesses.  He is available to see newborns and new pediatric / adolescent patients as well as infectious disease consults / second opinions. 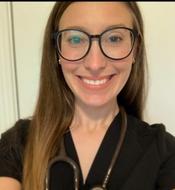 Bambini was pleased to welcome Rachel Moody PNP (who goes by Rachel in the office) in December 2022.  Rachel, who grew up in the Wallkill area, moved to Mobile, where she pursued her BSN degree from 2013 through 2019.

She stayed on at the University of South Alabama and completed her MSN the following year.  She is working to complete her DNP degree in the near future.

Rachel also has significant outpatient involvement, as she has assisted underprivileged communities on the COACH For Kids mobile clinic through Cedar Sinai Medical Center.  Most recently, Rachel worked as a pediatric nurse practitioner serving patients in the Yonkers area.

Rachel is the proud parent of a five year-old son and three year-old daughter.  She describes them as extremely rambunctious, creative, and kind.  They all love the outdoors but will come inside to play a good game of scrabble.

Sarah Sercombe, DNP, CPNP
Bambini welcomed Dr. Sercombe (who goes by Sarah or Dr. Sarah) in March 2018 after spending about fifteen months at an integrative pediatric practice in Orlando with Joseph Cannizzaro, MD where she treated both earaches and sore throats as well as complex and chronic maladies like autism and Crohn's disease.

She is familiar with both conventional as well as specialty labs and both mainstream as well as cutting-edge treatments options. 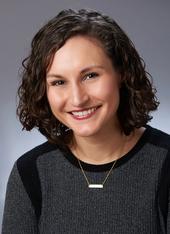 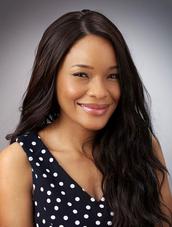 Michael Miller MD joined the medical staff at Bambini in September 2020.  Dr. Miller graduated from the Stevens Institute of Technology in Hoboken, NJ in 1998.

After completing medical school at Rutgers four years later, he spent a year at Beth Israel as a resident in Internal Medicine before heading back to Rutgers to complete his pediatrics residency.

In addition, he went on to a fellowship in pediatric infectious disease at Yale University from 2007 through 2010.  His post-graduate research there focused on polyomavirus.

From there, she obtained a BSN with Honors in 2007 and a MSN degree with a concentration in the Family Nurse Practitioner field in 2011 from Pace University.

Mrs. Pecorella (who goes by “Charisse” in the office) became a member of our staff in October 2021.

Mukai Jaravaza, MD
Another recent member of our medical staff, Mukai Jaravaza MD, came aboard in December 2019.  “Dr. J” graduated from North Carolina A&T University in May 1999.  From there, she obtained her degree in medicine from St. Georges University School of Medicine and completed an internship in Queensland, Australia.

She finished her pediatric residency (including a year as chief resident) at Brooklyn Hospital Center in June 2010.  The following year, she spent time as a volunteer physician at Chinyaradzo Children’s’ Orphanage in her native Zimbabwe. 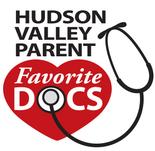 Prior to working with Dr. Cannizzarro, she spent six years providing  acute care to oncology, hematology, and bone marrow transplant patients on a fast-paced unit at Wolfson Childrens Hospital in Jacksonville.   She was responsible for administering chemotherapy, patient monitoring, and drawing labs.  Beside her work as a pediatric oncology nurse, she completed her training and certification as a doctorate-level nurse practitioner (DNP).

A native of Connecticut, she was diagnosed with Type 1 Diabetes at age 4.  Dr. Sarah accepted the challenge of this chronic disease early in her life.  Her personal experiences gave her a deep desire to learn and understand how the body functions and heals.  Her childhood experiences have also given her greater empathy to care for children with acute and chronic conditions.

In addition to practicing medicine, Sarah is a fan of the outdoors and enjoys completing half-marathons, kayaking, biking, hiking and camping.  She loves Indian cuisine, exploring antique markets, and visiting the National Parks.

Her work experience began in 2014 with a year as an RN in a large local pediatric office practice followed by another year in the Progressive Care Unit (PCU) of Orange Regional Medical Center. Charisse then commenced a four-year stint as a critical care charge nurse in the PCU of Hudson Valley Hospital in Cortlandt Manor.

Upon completion of her MSN and giving birth to her daughter, Charisse began working as a nurse practitioner for Nuvance Health, where she treated adults with acute and chronic lung diseases in both inpatient and outpatient settings.

She is a member of both the American Nurses Association and Nurse Practitioner Association, and is ANCC Board-Certified as a Family Nurse Practitioner.   Charisse has developed a strong interest in general pediatrics with a focus in newborn care, pulmonary and sleep disorders, and complementary medicine.  In addition to practicing medicine, Charisse enjoys spending free time with her family doing arts & crafts, DIY projects, and watching movies. She and her husband reside in Clinton Corners with their daughter and two fur babies -- Mila and Cooper. 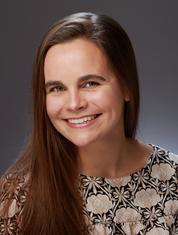 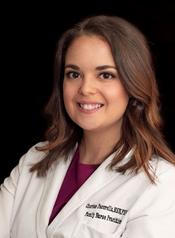 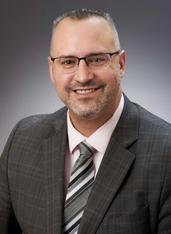 As Kaiser Permanente closed its operation in the region in 1999, Dr. Malak established a large local practice.  Starting with about 3,000 patients, it grew over the next ten years to serve about 15,000 children.  From 1996 through 2002, he was chairman of the division of pediatrics at St. Francis Hospital.  And from 2003 to 2008, he served as associate chairman of the department of pediatrics at Vassar Brothers Medical Center.  Over the years, he served on a number of committees at both hospitals.  He helped establish the Center for Bloodless Care at Vassar.  Since 1995, he has served on the scientifica advisory panel of the Xeroderma Pigmentosa Society.

Dr. Malak is a single parent with two adopted children. Some years ago, his son suffered a traumatic brain injury. He is thus empathic to other single parents, to those with internationally-adopted children, and to parents of children with special needs. He has been through hyperbaric oxygen treatments and stem cells with his son.

In recent years, Dr. Malak has developed a growing interest in the field of integrative pediatrics. He was a charter member of the American Academy of Pediatrics Section on Complementary, Holistic, and Integrative Medicine. He has also been a member of the Holistic Pediatric Association. His interests currently include whole food nutrition (he is a past member of the Weston A. Price Foundation), the Body Ecology diet, and biomedical treatment approaches to autistic spectrum disorders, asthma, allergy, ADHD, and PANDAS.

In April 2012, he became a charter member of the Medical Academy of Special Needs Children. More recently, He became a board member at Meds4Kids Research Collaborative LTD.

He then got his first "real job," working at a staff model HMO on Union Street in Poughkeepsie. The organization later merged with CHP, and in the late 90's, joined Kaiser. 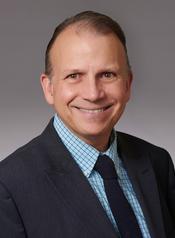 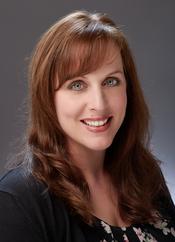 In 2005, Dawn joined the nursing team of the Neonatal Intensive Care Unit at White Plains Hospital.  There, she helped care for premature infants as tiny as 18 ounces.  She enjoyed the long term interactions with both the babies and parents, and provided families much needed guidance along the way.  It was around this time that she began her graduate studies at Lehman College in the Bronx.

Dawn resides in Wallkill with her husband and three young daughters.  There is a family history of dyslexia, which has led Dawn to develop a strong interest in this condition as well as related learning challenges.  In 2019, she helped  organize a  dyslexia awareness group for parents  in her school district.

Dawn Prati MSN, RN, CPNP-PC joined Bambini in June 2013. Mrs. Prati (who goes by "Dawn" in the office) received her BSN degree from Pace University in Pleasantville, NY in 2000.

For the next five years, she staffed the inpatient pediatric services at Maria Fareri Children's Hospital in Valhalla. During this time, she also provided homecare nursing for respirator-dependent cerebral palsy patients.